Just some quick thoughts before bed.

This probably isn't the best time to be posting this considering the Sox have lost four in a row to the Padres and Pirates, but this is just really bothering me.

There is a guy I work with who considers himself a huge Red Sox fan. All he does is complain about the team, the city, and the ballpark. According to him, Fenway should be literally blown up because the seats aren't comfortable. The ballpark is almost 100 years old. Obviously, it's not gonna be as great as the new Yankee Stadium, which he absolutely loves. If you're a true fan, you should appreciate the history Fenway holds and all the greats that have made history there. He hasn't even been to Fenway in seven years so my co-worker hasn't seen the renovations yet.

Also, in his eyes, Terry Francona is the worst manager in the league. He gave no legitimate reasons why, but just because. Who knows if we would have 2 World Series titles under a different manager, but obviously he doesn't care about the titles we've won under Francona and the 86 year drought he ended. It's possible that a different manager could have done the same thing, but we did it under Francona. The Red Sox have had success under him, so why is he the worst manager in baseball? Go figure.

Let's hope for a win in Pittsburgh tomorrow. Then it's off to Phillie. Josh Beckett vs. Cliff Lee on Tuesday. That should be a great match-up! Beckett has been one of, if not the best pitcher in the American League this year. (Also, he has hit two home runs with the Red Sox. Both of them coming at Citizens Bank Ballpark.)
Posted by Kelly at 12:39 AM No comments:

I feel like it rains every single day. This is not how summer is supposed to be. I've been attempting to organize all my baseball cards during this dreary weather, but haven't been too successful. There are many, many holes to pretty much all of my collections. I'd like to try to fill them in. Let's make a trade! All of my wantlists are on the right hand side of this blog as well as a list of most of the cards I have available for trade. Take a look and shoot me an email and we can work something out! Thanks.
Posted by Kelly at 12:06 PM 3 comments:

I am so horrible at blogging. It's been over 4 months since I posted something. For a while, I was too busy with school to post on here and then it got to the point where I just forgot about it completely. I really need to get back to doing this on a weekly basis at least!

I'll need to update all my wantlists for starters. I've decided not to start any new sets until I've completed at least HALF of my current ones. Not sure how that will work out, but I'll try.

As you all know, the Bruins finally won the Stanley Cup after a 39 year drought. I had the opportunity on Saturday to go to the parade in Boston. Never before have I experienced anything like that and I don't think anything else will ever come close. Over a million people were in Boston that day. Here are some shots I got during the rally. Enjoy! 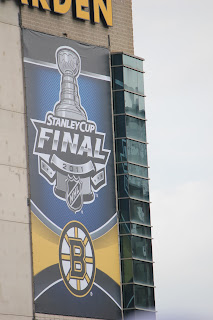 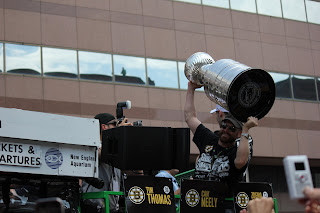 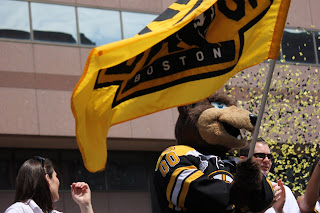 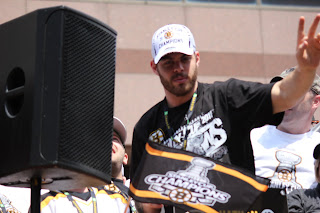 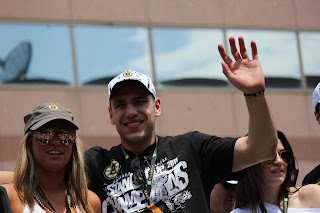 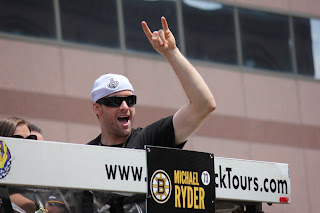 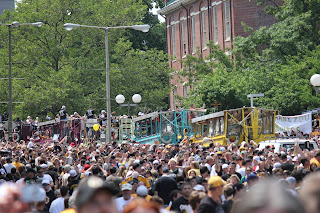 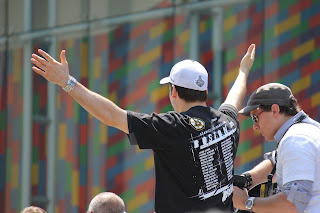 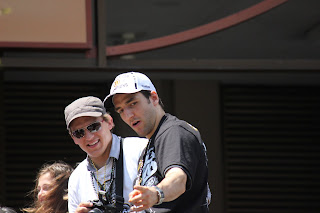 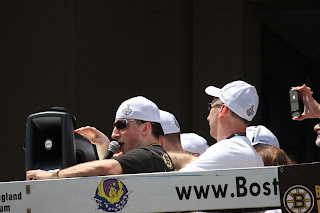 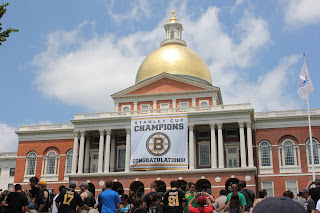