I told myself I would only unlock 1 Topps Million Card Giveaway Card.

Blegh. It looks like this card was made on paint. Unsatisfied, I decided to unlock another card...

Can anyway one say "ugliest uniform ever?!" I find it hard to believe that the players actually agreed to wear these things. They must have secretly been paid extra. Yuck.


My post on the jumbo box break isn't ready yet. However, I can give away a few hints.
*Yankee Hat Logo Card.
*Yankee game used. It's pretty cool...there's actually dirt on the swatch. (I'm excited over dirt? Kinda pathetic, but at least you know it was actually used.)
*2009 Rookie of the Year auto. Not saying which league just yet.
*black border parallel of an Astro.
*got the entire base set with a nice chunk of extras.
*Red Hot Rookie #5
Promise it will be ready for tomorrow!

(Why do I always pull Yankee-related relics?!)
Posted by Kelly at 7:43 PM No comments:

Hey everyone,
I know I have been posting inconsistently. That will change now that I'm done with school for the next three months. Graduation was this past Friday and I had an extremely busy school-related week. I didn't even have time to open my jumbo box of 2010 Topps Series II until last night. (It came Wednesday.) I'll post about the box after I get home from work. (9-3 shift)
Thanks for reading!
Kelly
Posted by Kelly at 6:33 AM No comments:

So I was driving around today and needed to stop in at Target. Passing by the card aisle, I decided to take a gander. I ended up getting four packs of cards. 2010 National Chicle. 2009-10 Champ's Hockey. 2008 Stadium Club. 2010 Topps Heritage. I felt the urge to get a variety, so let's open 'em up!

First the Chicle:
Haha, wow. Good thing I just realized I got the football ones. I didn't even know they made football Chicle. I need to learn how to pay attention better.
Anyway, here they are:
C124 T.J. Houshmandzadeh.
C141 Clinton Portis. 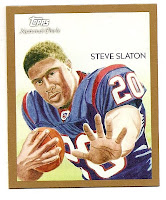 Youngsters of the Gridiron YG-9 Kevin Smith.
C172 DeSean Jackson.
These are all for trade, since I don't collect football. They're pretty nice, though. (it's actually from 2009)

That's a rarity. Two Red Sox cards in a pack, not to mention a Josh Beckett Card I don't have! Nice. I really like the look of the Gary Sheffield Card as well. 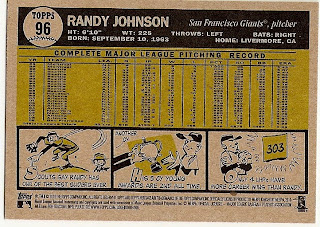 #85 Jeremy Guthrie
#292 Jhoulys Chacin
#346 Akinori Iwamura
Security Card.
Ehh, nothing too special. These cards are all available for trade as well.
So there you have it. Four random packs from Target.
Posted by Kelly at 6:42 PM No comments: