I recently completed a bunch of trades and this is just a thank you to the people I traded with.

Blog reader Troy, who recently just got back to collecting cards, really helped me out. He had tons of cards from my want list and in turn I gave him most of the Twins cards I have. It was a great trade!

I've also traded a couple times with Tim from Tim's Baseball Cards. He has also helped me out quite a bit. Thanks Tim!

Jim from Sharpe Since 92 and I just finished up a very benefiting trade. Both of us had many cards that the other needed and were able to knock of many cards from various wantlists. Thank you!

If I forgot to mention anyone I recently traded with, I apologize. Just leave me a comment, and I'll add you to this post!

Thanks everyone for trading. Let's keep it up!
Posted by Kelly at 1:57 PM 1 comment:

Yes, it does bother me that the Sox aren't in the playoffs. However, I am happy that they won the final series of the year against the Yankees, denying them the division title. Even better was the fact that I got to witness one of their wins. Although my dad made us leave when the game was tied, the experience of seeing the Yankees at Fenway was still amazing! It was 12:30 and the 8th inning just ended. We were at game 2 of the double header since it was postponed the night before after a 3.5 hour rain delay! Anyway, the game went to extras and ended at 1:30 with an Eric Patterson walk-off single. We were on the subway when they won, but it felt like we were still at Fenway. A "Yankees suck" chant got started and some of the Yankees fans who were a little to drunk didn't even realize what was going on.
The game itself was back and forth the whole night. At one point that Yanks had a 4-1 lead off Dice-K who pretty much walked the whole ballpark. Honestly, I thought the game was over then. The Sox had their JV lineup going, which disappointed me at first. If the game wasn't postponed, I would have saw my Mikey and Jason Varitek and even Derek Jeter. Oh well, the Sox fought back in this game against AJ Burnett and made it very interesting. Big Papi pinch hit in the 8th and Fenway Park was on their feet for that whole inning. He drew a walk against Nova and Kevin Cash came to the plate with the bases loaded. Everyone was pissed at first that no one was pinch hitting for him, but he drew a walk to tie the game. So it wasn't a total waste I guess. The next day, I understood why Lowell didn't pinch hit for him. Tito wanted Mikey's last a bat to be a good one and he achieved that in game one of the doubleheader.

Here are some pictures from both nights I went to Fenway: 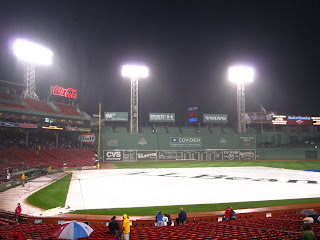 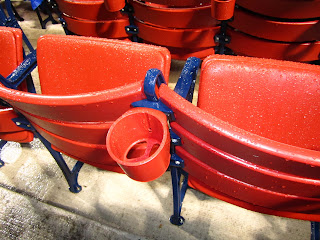 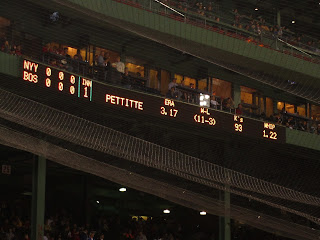 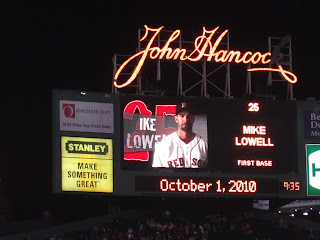 it had stopped raining for about an hour, and they were going to get the game in... 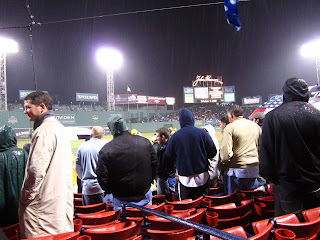 ...and then it was postponed. 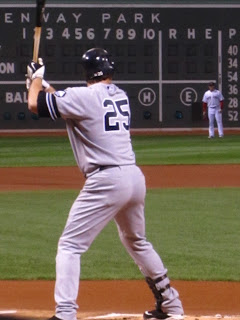 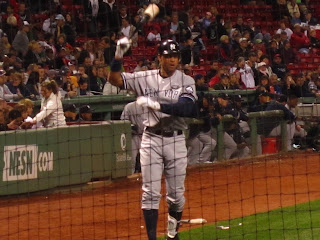 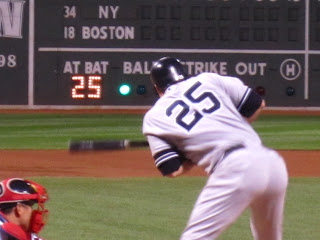 teixeira got hit by a pitch, he made a big deal about it all the way down the first base line. 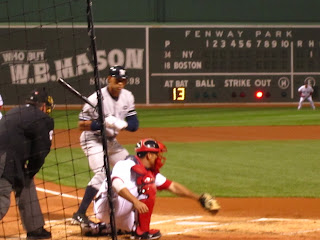 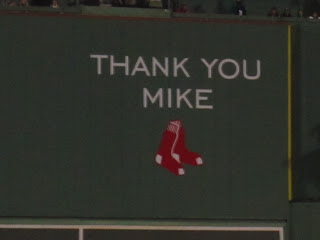 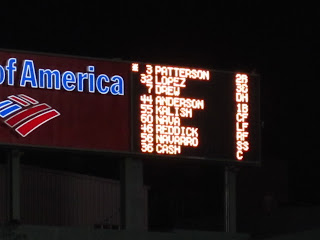 jv lineup that beat the yanks 7-6. 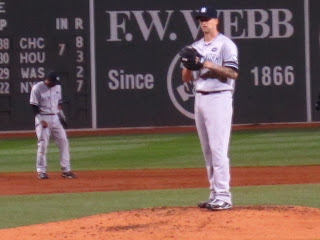 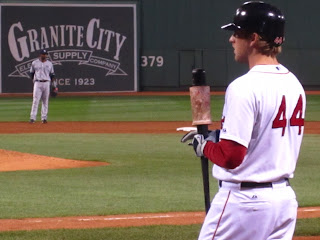 lars anderson looked directly at me at one point. first time i've made eye contact with a player. 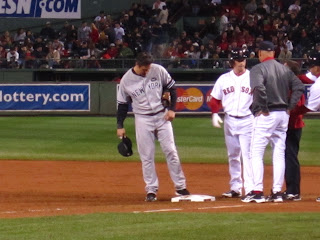 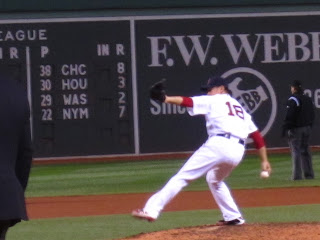 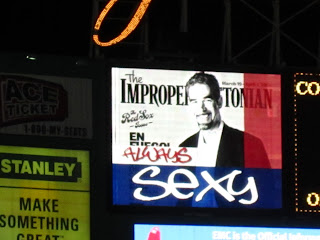 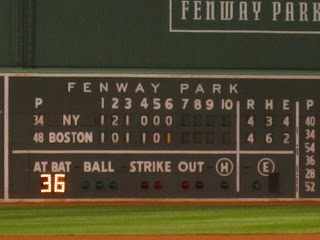 the yankees had a pretty sloppy game as you can see from their 4 errors. 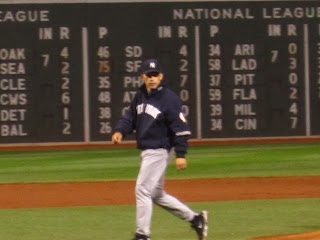 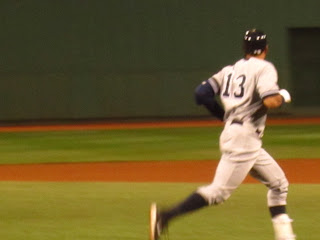 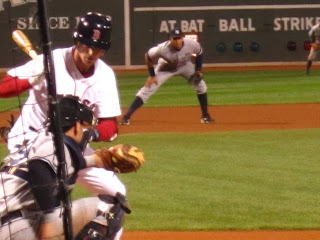 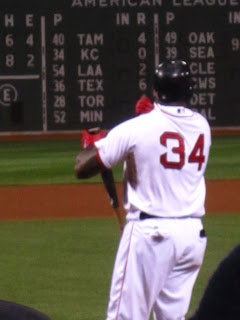 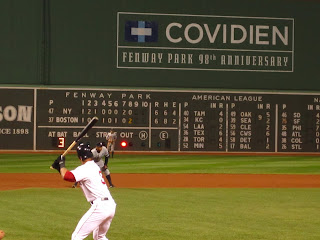 Congratulations to Roy Halladay on his postseason debut. What an amazing pitcher! This was only the second no-hitter in playoff history.
Posted by Kelly at 8:06 PM 1 comment: